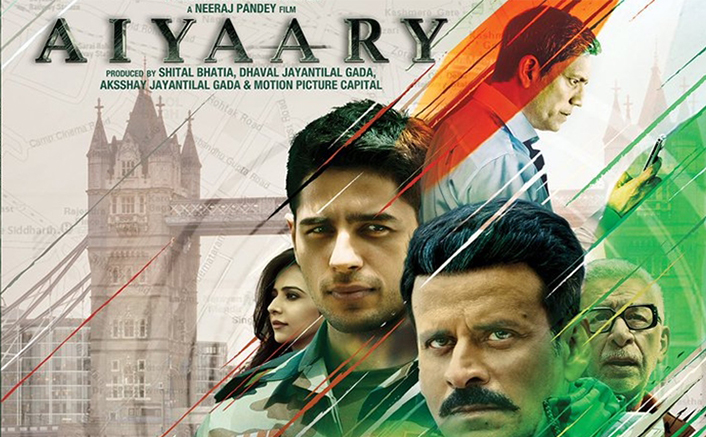 The trailer of Aiyaari has already impressed fans as well as Bollywood fraternity. Some even predicted that this movie is going to be a super-hit because of the gripping storyline, talented cast and their unprecedented know-how.

Apart from the screenplay and interesting content, what excites the fans is the director himself. Known for directing some of the best films of Indian cinema like MS Dhoni The Untold Story, Baby, A Wednesday and Special 26, Neeraj Pandey is the man who the audience love for his excellent works. His contribution to Indian film industry is beyond words. This is going to be, once again a patriotic movie starring talented cast such as Naseeruddin Shah, Manoj Bajpayee, Anupam Kher, Sidharth Malhotra and Rakul Preet Singh.

After ‘A Gentleman’, Sidharth Malhotra will be seen playing a role of a military intelligence officer and Manoj Bajpayee as his mentor. Of course, Sidharth will be seen playing a different role this time! Set in Kashmir, London and Delhi, this movie is about two purposeful officers having different viewpoints, yet right in their own ways. According to sources, this film is based on a true incident featuring an engrossing tale of a mentor and his protégé who are en route to their patriotic mission. It is also about a relationship between a mentor played by Manoj Bajpayee, and his protege which will be played by Sidharth Malhotra.

Moreover, there is, ‘Rakul Preet’ who got a role as a lead actress in this political thriller. As you may know that she is the one who is seen in south movies as one of the leading actress. This time, she will make her presence felt in Bollywood more impactfully than her debut movie ‘Yaariyan’.
Presented by Jayantilal Gada (Pen) and Plan C, the film is produced by Shital Bhatia, Dhaval Jayantilal Gada, Motion Picture Capital.
Book your tickets at your nearest Rajhans Cinema and enjoy this political thriller.