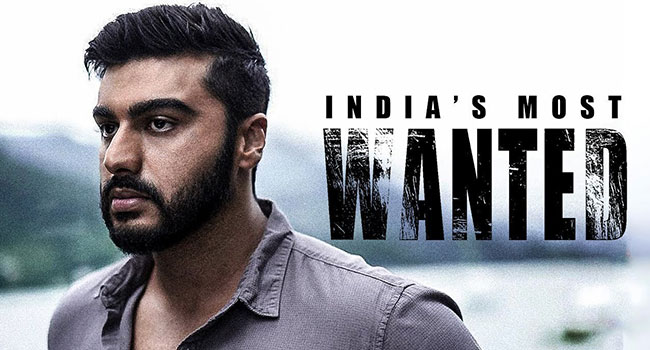 The trailer for Raj Kumar Gupta’s “India’s Most Wanted” was lauded by the audience. It starts with a fictional account of a series of heinous bomb attacks carried out between 2007 and 2013, that took lives of 433 innocent people and injuring 810 in various cities i.e Mumbai, Delhi, Bangalore, Ahmedabad, Hyderabad, Pune and Jaipur. Further, the trailer also shows Arjun Kapur quoting from the Gita “the soul does not perish, only the body.”
On Arjun Kapoor’s twitter account he dubbed the trailer as unbelievable story of the manhunt for India’s Osama. An operation that had no guns, only guts. Given that, the film is allegedly based on true events about tracking the terrorist in a secret mission and nabbing him without firing bullets. This movie also shows a brave journey of Prabhat Kapoor’s (played by Arjun Kapoor) who audaciously played his part in serving the nation along with four other undercover agents by arresting Indian Mujahideen (IM) terrorist Abdul Subhan Qureshi, also referred to as India’s Osama Bin Laden.

In this movie, the terrorist we are talking about was a big Shah Rukh Khan fan. On the top of this, he used actor’s name couple of times when he travelled which unfortunately landed King Khan in a trouble as he was detained at the airport in the US. The director, no doubt, thanked King Khan for allowing his reference in the movie which the star readily agreed.
There is no dearth in saying that Raj Kumar Gupta has a penchant for creating real-life stories on big screen like his past movies ‘No One Killed Jessica,’ ‘Raid’ and this recent ‘India’s Most Wanted.’
Book your tickets at your nearest Rajhans Cinemas and witness the most laudable mission which captures terrorist with ultimate dexterity and intelligence.