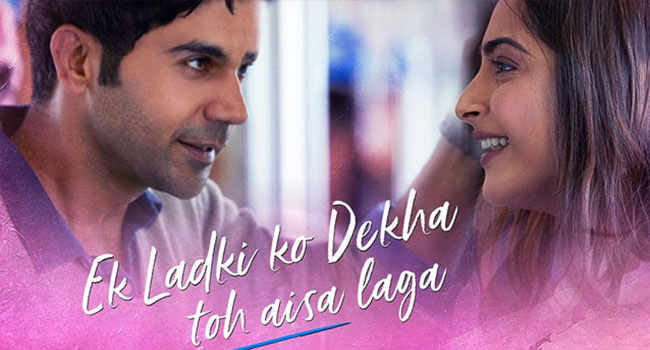 Ek Ladki Ko Dekha Toh Aisa Laga is no doubt going to be a special movie for a quite a many reasons. Those who have seen Juhi Chawala and Anil Kapoor act together might fall into nostalgia, haven’t they?

The other interesting thing about this movie is that it tells us the story of a lesbian girl. Moreover, as we may know that showing homosexual characters onscreen ridden with stereotypes and used only as fillers in Some movies like Aligarh, Kapoor and Sons and Veere Di wedding wherein they have focused upon the homosexual charterers as they are.

This time in this movie, the story of a lesbian girl and a gay guy will go to the next level. The trailer has also grabbed the eyeballs of mass with a queer excitement where Rajkumar Rao, Sonam Kapoor and other veterans actors like Juhi Chawla and Anil Kapoor have caught many off-guard.

The love story of Sweety (in as Sonam Kapoor) in this movie is not simple. She has to cope up with her over-excited family which eagerly wants her to get married, a young writer who is completely enchanted by her, a secret which she nurtures close to her family and society. On the top of this, resolving such issue will turn out to be very much touching as well as hilarious.

Sweety is lesbian and she has to convince her father Balbir (played by Anil Kapoor) who has so much faith and trust in her daughter. Beside her, there is Rajkumar Rao, a gay who is a well wisher more than anything else and plays a very good friend to help convince Sweety’s family. Amid all this confusion, there is going to be so much fuss and arguments to make Sweety’s family believe of the truth! The plot of the film is placed within Indian Punjabi home, where homosexuality is still considered as taboo.

The movie has been produced by Vidhu Vinod Chopra and Raju Hirani which is slated to release on 1st February 2019.

Book your tickets at your nearest Rajhans Cinemas and watch the highs and lows of this outstanding love story.