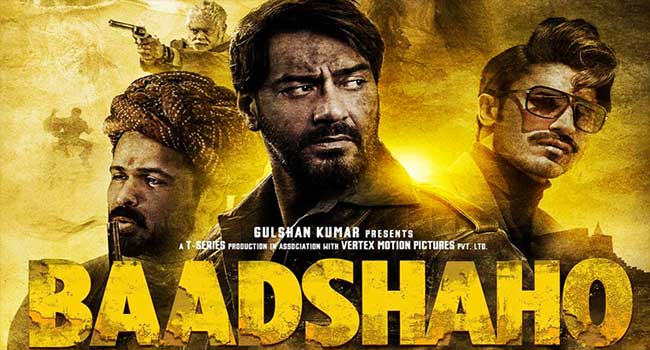 The plot of Ajay Devgn and Emraan Hashmi starrer Baadshaho has been undisclosed which has left us wondering. The trio Emraan Hashmi, Ajay Devgn and Milan Luthria are coming together for the second time after their successful project, Once Upon A Time In Mumbai. The audience truly did appreciate the rapport between Ajay Devgn and Emraan Hashmi making this movie one of the most favourites. Their don avatar was very much lauded and the dialogue delivery really ruled the roost through out the movie. Thanks to Milan Luthria who came up with such a gripping story-line. Now, with Baadshaho, we are sure that these talented actors will surely dish out something unique considering their individual aura.

Apart from this movie in itself, fans have already swooned over the qawwali, ‘Mere rashke qamar’ sung by Rahat Fateh Ali Khan & Nusrat Fateh Ali Khan. Then, the audience will also witness Emraan and Sunny cozying up in a song and most importantly, the serial-kisser will be seen shaking his leg to our surprise.

Notwithstanding the plot of this period heist action thriller film is yet to be ascertained, it is said to be revolving around the ‘Emergency’ during the period of 1975 – 77 when Prime Minister Indira Gandhi unilaterally had a state of emergency declared across the country.

Let’s check out some of the interesting facts before we actually revel in the beauty of this movie.

Lastly, the title of this movie is definitely intriguing which closely resembles to the royalty or emperor. This name further tightens our assumption that this film might be all about investigation controversy which was carried out on the Prime Minister Indira Gandhi’s order to get India out of financial crisis which was possible by finding the treasure in the fort.

Apart from Emraan and Ajay, the film will also feature Esha Gupta, Ileana D’Cruz and Vidyut Jamwal in leading roles.
Co-produced by Milan and Bhushan Kumar and written by Rajat Aroraa, Baadshaho is a thriller set in the Emergency era of the 70s.

Book your tickets in advance at your nearest Rajhans Cinemas and enjoy this historical thriller with total fun.