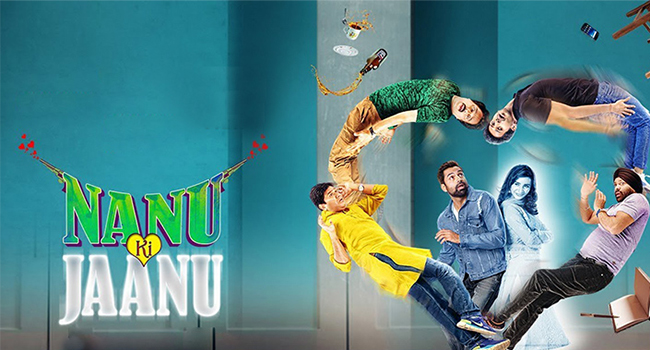 Abhay Deol, who is famous to be fussy about his movies, is all set to be seen in a horror-comedy by Faraz Haider. Abhay Deol will be seen on Big Screen after a two-year long sabbatical and ‘Nanu ki Janu’ thus, marks his comeback.

A wiser and calm man, Abhay Deol is a popular star in his own genre where no other actors can stand a chance! His Dev.D charm still revolves around movie-maniacs and his gullible persona in ‘Zindagi na Milegi Dobara’unquestionably carved a niche for himself. His ‘Oye lucky! Lucky Oye’won a National Film Award for Best Popular Film Providing Wholesome Entertainment.

With the trailer and a recently-released song, ‘Nanu ki Janu’ has been garnering a good response. In an interview Abhay said that horror-comedies were rarely made and also, they were challenging to make. Although people might perceive that such genre was niche, the execution of the story was not. According to him such movie is a pure entertainer and a family film, which will surely attract a cross section of moviegoers.

‘Nanu ki Janu’ is about the love-story between the ghost and a man. Yes! The spirit falls in love with a crook who is fearless as well as dumb. Thier relation will create massive troubles to others but what will happen to Nanu? And how he will get rid of the ghost? Well, the whole scenario is going to be lots of fun!

Book your tickets at your nearest Rajhans Cinemas and enjoy an unsual love-story!