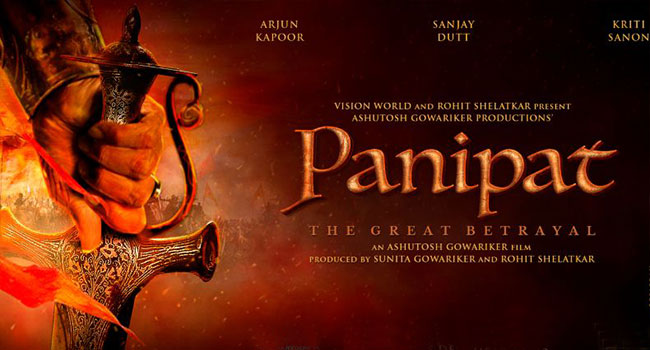 The director Ashutosh Gowariker has helmed laudable historical movies like Jodhaa Akbar and Lagaan. He rightly possesses to his credit a tag of a director par excellence for his excellent directional know-how. With his solid skills, he is back with yet another historical film titled Panipat: The Great Betrayal. In this movie, Arjun Kapoor plays the lead role, portraying the character of Sadashivrao Bhau. Sanjay Dutt and Kriti Sanon will also play pivotal roles in the film.
Here’s some of the interesting facts about this historical epic war film.
Shaniwar Wada was created for the movie
A massive set was created to shoot important scenes of the movie at ND Studios. Nitin Desai, an art director replicated the magnificence of the Shaniwar Wada, which is situated in Pune. The director Ashutosh Gowariker along with Nitin Desai have also recreated the Agra Fort in the 2008 release Jodhaa Akbar.
The maiden collaboration of Ajay-Atul and Ashutosh Gowariker
The reputed musical duo of Ajay-Atul have proved their musical prowess largely in the Marathi movie industry. They have truly given some sensational Marathi tracks like Lallati Bhandar and Zingaat. However, in Bollywood, they have only worked on a couple of movies. The director might have thought that they will fit the bill for the movie based on the life of a Maratha warrior.
Zeenat Aman will make a comeback with Panipat
Zeenat Aman has so far stayed away from the limelight for a while now. She hasn’t worked in notable movies in the last decade and has emphasized primarily on small budgeted movies. In this movie, she will essay the role of Sakina Begum. The director has also made it clear that her role will be an extended cameo in the movie.
All About Third Battle of Panipat
The Third Battle of Panipat took place on 14 January 1761 at Panipat, about 60 miles north of Delhi, between the Marathas and invading Afghan army under the King of Afghans, Ahmad Shah Abdali. It is said that the the battle lasted for quite a many days and with over 125,000 troops. In the end, the Afghan king was victorious but the Marathas under the headship of Sadashivrao Bhau gave a really tough fight. So, it’s going to be quite interesting to witness such a historical battle for the sake of the motherland.

In reality, the Third Battle of Panipat featured over 1200 warriors and Ashutosh has reportedly tried his best to bring it alive in this movie. Further, it is said that the climax will feature a gigantic battle sequence which apparently took an entire shooting schedule of two weeks to film.
So why wait as this movie is releasing on 6th December? Just book your tickets at your nearest Rajhans Cinemas for a historical battle ever fought between the Afghans and the Marathas.