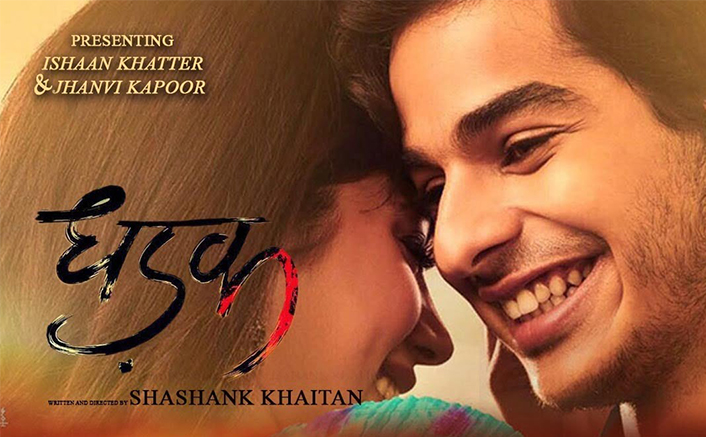 Janhvi Kapoor and Ishaan Khatter’s upcoming film has created a lot of buzz for all the good reasons. The duo stars are all set to make their mark on big-screen this Friday. Produced by Karan Johar’s Dharma Productions and directed by Shashank Khaitan, this musical romantic drama is the adaption of a Marathi movie, ‘Sairat’.

Both the actors have been quite busy promoting their film whilst the audience have just fallen for their on-screen chemistry and not to mention, the reloaded, ‘Jingat’ song.

Dhadak is Janhvi Kapoor’s first ever movie, whereas the co-star Ishaan has already done a critically-acclaimed movie named ‘Beyond The Clouds’. As we know that Ishaan Khatter might be just one movie old in cinema industry, but his fan following has been soaring. Due to his versatility and spark, this young Bollywood actor has fetched many accolades for his performance in his debut film and of course, much is expected from him in Dhadak, as well. So, let’s keep the excitement for this movie high as their on-screen chemistry will surely make this movie a success.

Dhadak is purely an adaptation of a popular Marathi film ‘Sairat’. However, earlier it was said that this movie is a remake but the actor, Ishaan made it clear that there are many differences in this movie, thus, this is an adaptation and not a remake.

The story of this movie revolves around sheer love when two worlds collide; they become one. Set in the beautiful location of Udaipur, Dhadak is about two lovers Parthavi and Madhukar. Set in the picturesque city of Udaipur, Dhadak is the story of Madhukar and Parthavi who fall for each other from the very moment. Their love is pure and selfless and so does it blossoms at its peak only to face obstacles! Their love is torn between the families and society and thus, their fate remain uncertain. Dhadak is therefor a beautiful love-story with quite a many highs and lows of life!

Janhvi Kapoor and Ishaan Khatter’s upcoming film ‘Dhadak’ has created a good amount of buzz among the audience. Moreover , everyone is looking forward to see Sridevi’s daughter Janhvi on the big screen, who has garnered attention to her splitting resemblance to her mother.
Book your tickets at your nearest Rajhans Cinemas and enjoy this beautiful rendezvous between the lovers!