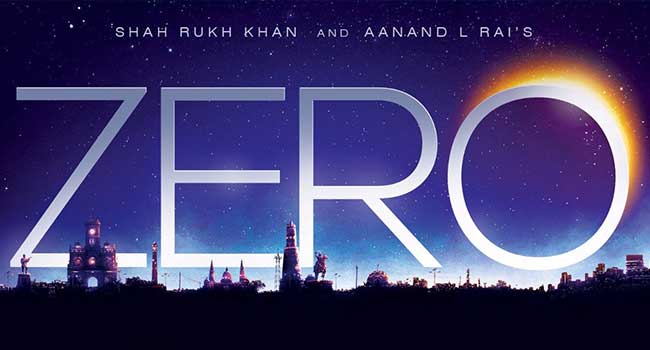 Shah Rukh Khan, the King of Bollywood is back with another interesting project which is being helmed by ‘Raanjhanaa’ and ‘Tanu Weds Manu’ director Aanand L. Rai. This much-awaited movie also features Anushka Sharma and Katrina Kaif in leading roles alongside unique avatar of Shahrukh Khan.

2. Originally, Zero was not the first name of this movie. It was named as “Katrina Meri Jaan”, but fortunately it didn’t go well with the plot of Zero and later it was changed to , ‘Zero’. Interestingly, quite a many titles were churned out i.e Bandhua, Bauna and Rangbaaz etc but Zero made its way into the final selection!

3. To our surprise, the role of Bauaa Singh was initially offered to Salman Khanm but he didn’t accept the role due to some issue, but worry no more as he will perform a guest appearance at its best and in his swag!

4. There is yet another star to remember in this movie but posthumously! Our much-loved Sridevi has a cameo as SRK had offered her to do it and this is the last movie done by Sridevi. Moreover, there are other stars who will be seen doing cameo roles i.e Deepika Padukone, Jimmy Shergill, Alia Bhatt, R. Madhavan, Rani Mukherje and Karisma Kapoor.

6. In a bid to make SRK look tiny, high quality VFX was used. As you may know that the real height of SRK is 5’7″, but in this movie he is just 3 feet and the credit goes to VFX quality. Such innovative VFX was previously used in the Hollywood movies like “Hobbit” and “Lord of the Ring”. Hence, Zero marks being the first Indian movie to used such kind of high-quality VFX.

7. The climax scene of Zero is shot in NASA. At the end of the trailer, we see a rocket being launched and this is the particular scene which was done in NASA.

As we would like to remind you that Zero is releasing tomorrow, we hope that these facts will take your eagerness to enjoy this movie to the next level.
Book your tickets at your nearest Rajhans Cinemas and enjoy the story of Babua Singh who goes against all odds to make his dream come true!