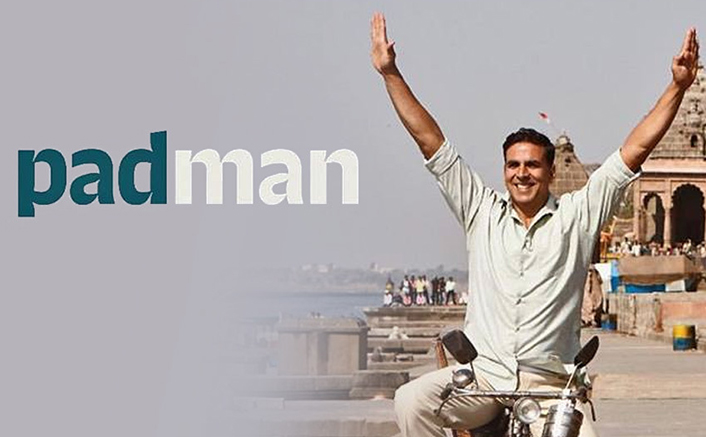 Akshay Kumar is quite in a limelight for his bald look these days. Yes! His villainous debut in 2.0 is round the corner. Before we get surprised by his nefarious character in 2.0, let’s behold this gentleman playing yet another commendable role in PadMan after his successful movie Toilet- Ek Prem Katha which brilliantly portrayed the issues of open defecation in many Indian societies. It goes without saying that his upcoming movie PadMan has already been lauded by many for promoting sanitary hygiene for women.

So what made Akshay come up with such a unique concept on big-screen? Well, the story is inspired by the real-life character named Arunachalam Muruganantham who invented sanitary napkin machines so that rural women can afford it. Interestingly, Twinkle Khanna actually came across an inspiring story of this man which led her to write a book titled ‘The Legend Of Lakshmi Prasad’. Such an engrossing story needs to be addressed on bigger media and luckily, it is all set to hit the theaters on 9th February, 2018.

However, the journey of Mr. Arunachalam Muruganantham was not easy. When he saw his wife using old rags in lieu of sanitary pads, he developed a prototyped which didn’t work. After this failure, he tried different materials and created new models for sanitary pads each month. As there was a gap of one month, he had no other way out except to ask for volunteering girls from a nearby medical college. However, a few girls agreed but they were too shy to share their feedback. Thus, Muruganantham himself decided to test them on himself.

It almost took him four long years to develop perfect materials of sanitary pads. The machine which Muruganantham made roughly cost $950 which was easy for the general public to create their own pads. With this innovation, many women bought his machine and thereby it created jobs for other women as well. In this way, he sold almost 1300 machines across 27 states and has already started exporting them to some of the developing countries across the world.

With such an incredible innovation, Muruganantham has become one of the most famous entrepreneurs and TIME magazine named him as one of the 100 most influencial people in the world in 2014. Accroding to a report published by The Quint, Muruganantham, is known as ‘India’s Menstrual Man’.

Starrting Akshay Kumar, Radhika Apte, and Sonam Kapoor, PadMan is written and directed by R. Balki. Interestingly, Amitabh Bachchan will also be playing a cameo in this movie.

Book your ticket at your nearest Rajhans Cinemas and enjoy this movie with a strong social message.