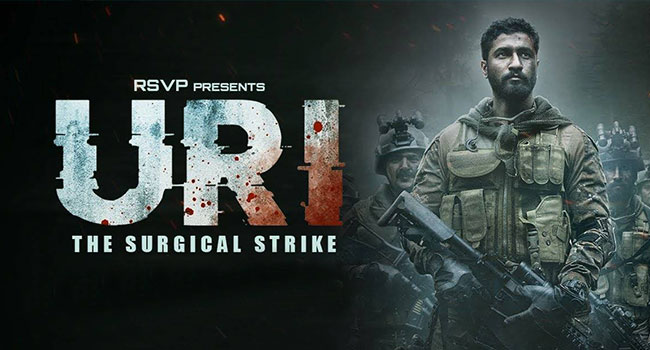 icky Kaushal has won many hearts and became successful in a small span of time. He has not only wowed the audience through his acting know-how but also got applause from Big B for his work in last released film ‘Manmarziyaan’.

Uri is based on the surgical strike on Pakistan by the Indian army which is still remembered in the history. In the year 2016, as many as four heavily armed terrorists from Pakistan swooped on the Indian army brigade headquarters near the Uri town which is in the Jammu and Kashmir state.

Such a heinous attack on brigade headquarters is considered as one of the biggest attacks on the Indian army which took a toll on lives on many soldiers. After eleven days, in a retaliation to this unfortunate attack, the Indian army executed a surgical attack on Kashmir which is occupied by Pakistan. With immense anger in mind and valour in hearts, the Indian army successfully took vengeance against that URI attack. So, this film revolves around this plot of revenge and will tell the Indians the real tale behind such a brave and historic movement.

After completing two years of URI attack, the RSVP Movies production released their teaser of Uri. In this teaser which has got over 3 million views, Vicky Kaushal plays a role of commander-in-chief of Indian Army fighting against the militants. Interestingly, this actor also played a role of Pakistani military man in the movie Raazi and thus, it is going to be his second film in the role of an army officer.

Ronnie Screwvala is the producer of Uri who also made some noteworthy movies such as , “Udaan”, “A Wednesday” and “Paan Sing Tomar” and this time we can surely expect another fantastic movie from him. Moreover, we will also see Paresh Rawal in the role of NSA Mr.Ajit Doval who played his vital part at the time of the investigation of URI case.

Book your tickets at your nearest Rajhans Cinemas and watch an ultimate strike against enemies! Let’s once again praise a commendable job done by Indian Army.