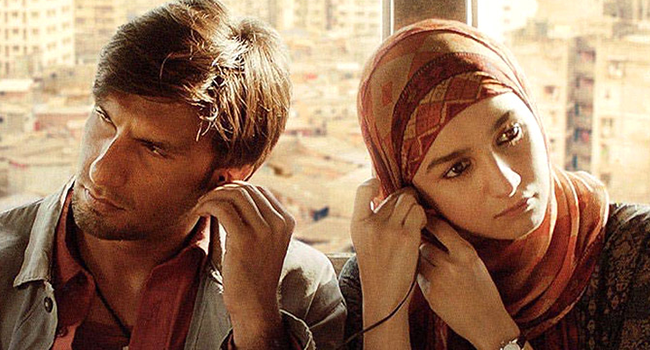 Heaps of praises for Gully Boy have been kept pouring in. Thanks to Zoya Akhtar for bringing in such a unique genre in Bollywood. After receiving tons of compliments at the Berlin Film Festival, actors Alia Bhatt and Ranveer Singh are earning scores of compliments from celebrities from India and even abroad.

Besides, Ranveer has been spreading his aura across the globe with his eye-catching wardrobes and live raps as a part of the promotion, however the movie has already made its way into fans’ hearts. Beyond a shadow of a doubt, this movie has become one of the most anticipated projects in 2019, so far.

Ever since the trailer was released, it has been garnering the attention in every way possible and people are just enjoying its amazing tunes. To your surprise, some people also called it a copy of Eminem’s 8 Mile, but the truth is that Gully Boy is based on the life of a Mumbai-based rapper Divine.

So here we have some interesting facts about real life Gully Boy that one should not miss out on before going on a melodious journey with Ranveer and Alia!

Vivian Fernandes has been through quite a lot of financial hardships during his childhood time as his father was an alcoholic. His mother helped him out by sending money as she took up a job in Middle East in a bid to balance financial circumstances.

After becoming famous with his raps, Divine called his mother back to India from the Middle East. He wholeheartedly gives all the credit of his accomplishments to his mother.

Initially, Divine was immensely inspired by Nas and related much with his album Illmatic. And this is where he got his inspiration to write more about real street experiences following which he became Gully Boy.

Interestingly, Divine’s very first counter with rapping was when he saw his friend wearing a T-Shirt with an image of 50 Cent. When Divine asked him about it, his friend briefed him about 50 Cent, Dr Dre and Eminem gave him a collection of their raps.

Divine’s first rap was “Voice of the streets” which was in English released on YouTube but unfortunately, it didn’t receive much attention. Then he decided to change his language to Hindi and released a rap called “Ye Mera Bombay”. Surprisingly, this song became very successful which honoured him with awards and acclaim.

Adding miles to his success, Divine also collaborated with Nucleya for song Jungle Raja. This song took him to newer heights of success.

Divine created history when he was at the BBC Asian Network’s segment Fire In The Booth by singing a Hindi rap for the first time. There, Divine had to sing on unknown beats and interestingly ended up impressing the people with his aura.

Helmed by Zoya Akhtar, Gully Boy also stars Kalki Koechlin in a pivotal role.
Book your tickets in your nearest Rajhans Cinemas and revel in this musical magnum opus on this Valentine.