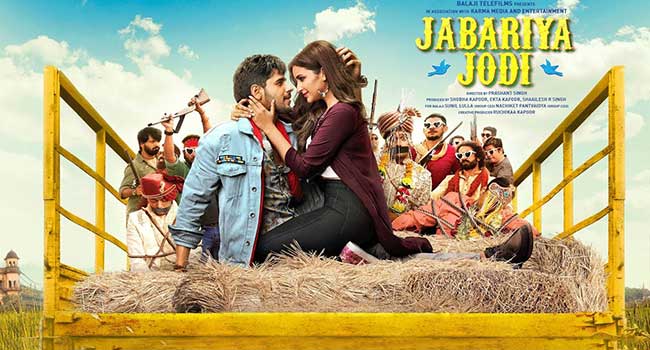 The ‘Jabariya Jodi’ team has created a buzz after the trailer launch. Add to more, its first song ‘Khadke Glassy’ also garnered much attention which has been loved by fans. This movie stars Parineeti Chopra and Sidharth Malhotra in lead roles which carried with it unique concept which is based on the practice of Pakadwa Shaadi!

So have you ever wondered what is Pakadwa Shaadi or Pakaruah shaadi? Also known as Jabaria shaadi, this nuptial phenomenon is quite prevalent in some parts of Uttar Pradesh and Bihar, wherein eligible grooms are abducted by the would-be bride’s family and then he is forced to get married. The reason behind such an unlawful activity is just to get rid of heavy dowry costs. What’s more, taking such marriage as a traditional sacrament, most of the Jabaria shadi is rarely annulled. On the top of this, in an unsuccessful groom abducting course, the would-be groom might have to bear criminal charges under Indian dowry law, which might lend him into fighting tedious lengthy battles.

Interestingly, both the writers of this movie Prashant Singh and Sanjeev K Jha belong to the same state, ‘Bihar’ so they have extracted the content very well from the fact and brilliantly fictionalized the story; by trying to add real touch at its best.

The movie also stars other powerhouses of talent such as Sanjay Mishra, Aparshakti Khurana, Javed Jaffrey, Gopal Dutt, Neeraj Sood and Chandan Roy Sanyal. With such a stellar cast, Jabariya Jodi, a unique love saga will entertain the audience, beyond doubt.
Lately, both the lead actors have not seen box-office success in their recent ventures. So can ‘Jabariya Jodi’ give them their sought-after respite?

Scheduled to be released on 9th August, book your tickets at your nearest Rajhans Cinemas and enjoy this action romantic comedy at your disposal.