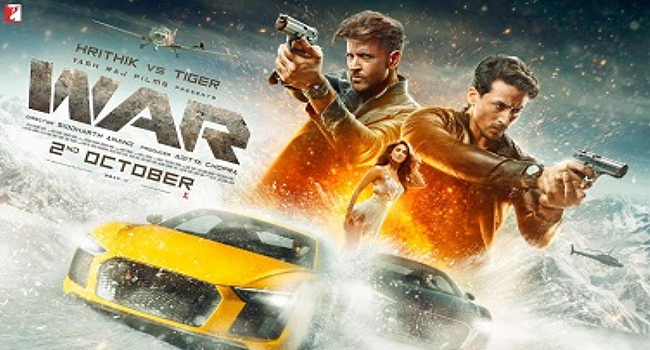 For the longest time, the fans were waiting to see Tiger Shroff and Hrithik Roshan collaborating in one film. And thanks to the director Siddharth Anand who has made it come true. A high-octane car chase sequence, action-packed stunts, bare-knuckle fights, roof-top running scene, ripped physiques, sultry swags of Ghungaroo and Arctic Circle are all set to ignite war more vehemently.

The director said that they were very clear from the beginning that they wanted to give Indian audiences an action dose that they have never seen before. “Our movie has awesome car sequences that sees both the ripped actors perform an adrenaline-pumping action stunt which has been totally shot on ice in Finland, which is part of the Arctic Circle and surprisingly this scene marks ‘War’ to be the first ever movie shot in the Arctic.

All the fans await is action and to their surprise the director Paul Jennings, who has worked in leading Hollywood action spectacles like The Dark Knight San Andreas, Jack Reacher starring Tom Cruise and Game of Thrones has designed such a hair-raising sequence on ice.

The story revolves around Kabir, a former soldier turned rogue and Khalid, an Indian soldier who is assigned to eliminate Kabir for his wrongdoings and this leads to engrossing ‘war’ between them.

Alongside these two handsome hunks, there will be Vani Kapoor who will be essaying a lead female role in the movie. Scheduled to release on 2nd October, get ready to enjoy an action-packed extravaganza at your nearest Rajhans Cinemas.