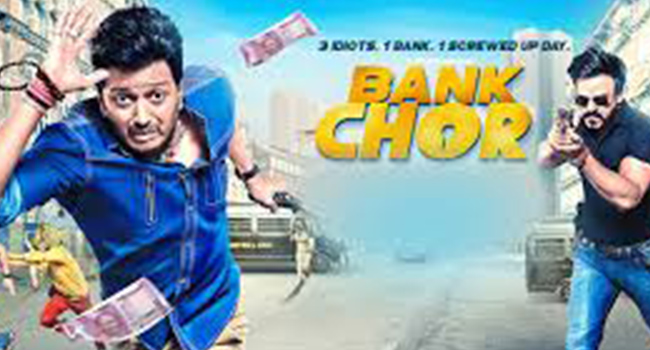 The Great Grand Masti duo is back with a bang in yet another comedy movie which is all set to be a bundle of laughs. This Yashraj banner’s comedy movie ‘Back Chor’ features Vivek Oberoi and Riteish Deshmukh on opposite roles as one sets out to rob a bank while other is playing a stony cop.

Starring Riteish Deshmukh, Rhea Chakraborty and Vivek Oberoi, this is a fully-loaded comedy flick wherein three guys try their level best to rob a bank. Unfortunately, they get caught in a tight corner for all the worst yet to come!

Interestingly, this movie is sure to make you feel as if you’re inside the bank with all the carefully-planned plot. Add to more, the most interesting thing about this movie is that it will be released simultaneously in 16D besides virtual reality and augmented reality formats; only to give the viewers an exceptional chance to experience a movie like never before. This comedy flick is created with the state-of-the-art technology and extraordinary experiences where 16D system will activate viewer’s senses beyond doubts.

Yes! The Riteish Deshmukh-starrer trailer made us laugh since the very beginning, and there’s no dearth in saying that it will make us burst into laugh throughout the whole movie. The dialogues will be superb and of course, the out-of-the-box one-liners that will make the audience want for more.

It’s time to go laughing-spree! Book your tickets at Rajhans Cinemas and enjoy this comedy-caper with your friends and family for all the more fun beyond limits!