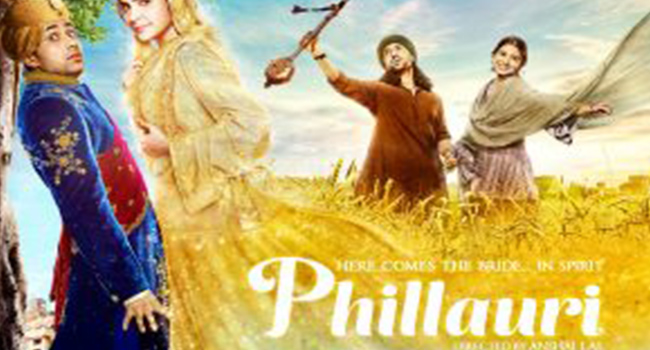 It was NH10 when Anushka first ventured into production and now she is all set for Phillauri which will mark a second home production-venture in her name. This beautiful actor-producer is well-famed to give her best in every part of film. Same is the case with Phillauri as audience is just raving about this movie after seeing its trailer. Funny, entertaining and packed with humour, the trailer has already raised interest among movie-lovers! Introducing Anushka as a friendly ghost, the plot is all about her story of lost love.

It is a story of an unlucky star named Kanan who is asked to marry a tree for hindu manglik rituals so that he can happily get hitched with his childhood love. And he has to agree. Unfortunately to his surprise, he ends up with being trailed by a ghostly spirit as Shashi, who used to live in that tree. And now that spirit finds herself totally trapped in the human empire and on the top of this, Kanan must make toil and moil to help her return to her own world.

A multi-talented actor Anushka not only will excite the audience with her phantom avatar but she will also surprise them with her rap. Yes! She has done amazing rap for ‘Funkjabi’ song which she calls it “Naughty Billo” sung by Diljit Dosanjh. According to sources, rapping for this song was very difficult for her. Yet she gave her best.

‘Phillauri’ has an interesting plot line which can definitely give cinemagoers a good time. Altogether, this movie will be full of entertainment which also features Life of Pi’s Suraj Sharma, Mehreen Pirzada and Diljit Dosanjh in lead roles. Set in Phillaur village of Punjab, this rom-com is directed by Anshai Lal.

Slated to be released on 24th march, don’t miss it. Book your tickets at Rajhans Cinemas for complete entertainment with good value for money. Download our mobile app and enjoy hassle-free experience.