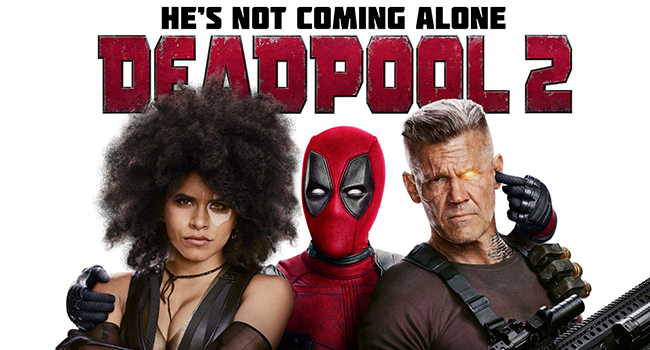 After Deadpool earned more than staggering $750 million worldwide in its theatrical run, Deadpool 2 was put on the fast track to serve the audience their much-loved crazy, sassy hero. Now Deadpool 2 is almost round the corner, and this time the Merc with a Mouth is not solo with his bizzare adventures.

In a desperate bid to fend off the time-travelling mutant soldier Cable, this aberrant man forms an ally with fellow mutants. Cable’s target is a kid and he understands something as he hails from future. However, let’s see what will be the plot? Will Cable turn be a good guy in the end? So far, the trailer is concenred, we can make out this much of presumption!

To your surprise, Deadpool was quite popular superhero in comic-books even before he appeared on movie set. As funny in comic-books, he is a way further funnier in movies! Let’s have a look through a few interesting facts about Deadpool!

Deadpool 2 was inspired by DC’s Deathstroke
The creator of Deadpool, Rob Liefeld, modelled Deadpool’s look and even weapons on Deathstroke, a rather fierce character who was a Teen Titans antagonist but is now better known as Batman’s nemesis. Both of them put on alike costumes, both are master swordsmen, both are mercenaries, and both oscillate between good and bad.

The Moniker ‘Merc With a Mouth’
Deadpool has this cool moniker, ‘ Merc With a Mouth’ because he can’t resist shutting up his mouth. He just keeps on mocking others and anything in general life. It is said that he once knocked Galactus, who is one of the most robust beings in Marvel universe; by just talking!

Deadpool is Canadian
Both Deadpool and Ryan Reynolds are Canadian. And this can be just one of the reasons why Reynolds is perfectly fitted to fulfil the role.

He is really smart:
Built up of brilliant strategic mind, Deadpool is quite smart fellow. He is thus, a real master who maneuvers smartly.

He is very sad inside
In spite of him being a frivolous character, he is a sad soul within. It is his flippant attitude which is a mask that covers his inner self against others and even himself! As we might have seen there have been some shots wherein he lets the mask slip and at that juncture he is overpowereed by a bout of depresssion.

He is an immortal being: Thanks to Deadpool’s mutant powers and exceptional healing abilities that he shall continue entertaining us forever.

Slated to release on May 18, book your tickets at your nearest Rajhans Cinemas and enjoy this incredible character with all the more fun and fervor!