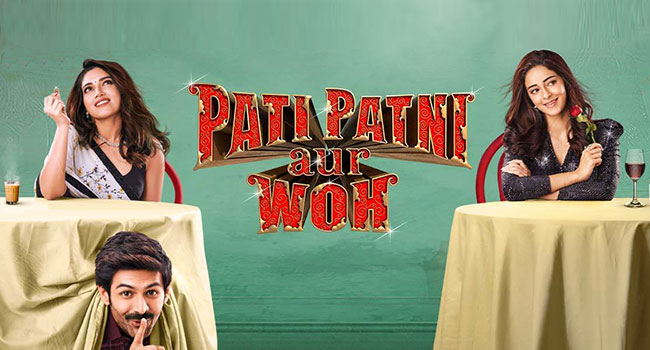 Bhumi Pednekar, Ananya Panday and Kartik Aaryan’s remake of ‘Pati Patni Aur Woh’ has been in the limelight since its announcement. The very enthusiastic and energetic star cast is the major reason why fans are eagerly waiting for the release. The trailer of this movie has already won the hearts and it surely did add up to the excitement.

As we all know, this movie is a remake of an old classic movie, featuring Vidya Sinha, Sanjeev Kumar and Ranjeeta, even the sexagenarian would like to watch this movie. Moreover, as per an exclusive chat published in Filmfare, the producer of Pati Patni Aur Woh’ Juno Chopra revealed that the idea to remake the movie was suggested by none other than Akshay Kumar.

Unfortunately, the film was very recently in the controversy after its official trailer was released. A dialogue delivered by the lead role Kartik Aaryan about marital rape didn’t do well with many. Kartik Aaryan received scores of backlash on social media, and many called out the actor for the insensitivity he just expressed.

Pati Patni Aur Woh comes with a conventional plot. It is a light-hearted romance flick. It is based on the modern-day relationships. It will take on everything that makes one run away from a healthy relationship. With an absolute punch of comedy, this movie is surely going to give lots of laughs.
Scheduled to release on 6th December, book your tickets at your nearest Rajhans Cinemas and enjoy a comedy dose filled with love and affair.