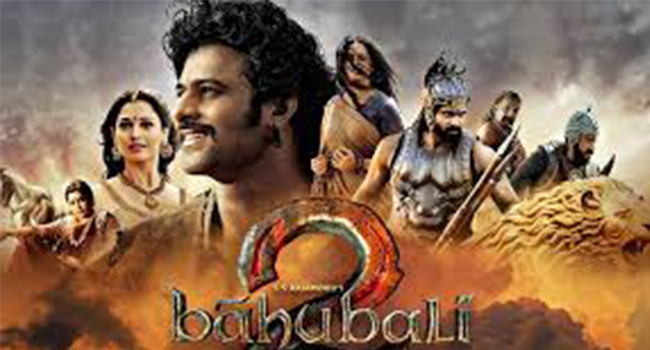 Bahubali is certainly a true piece of art. It is an epic movie which has set Bollywood ablaze and furthermore, made unsurpassed records worldwide. Bahubali, the mega blockbuster has already left the spectators in a state of wonder!

From breathtaking visual effects, nail-biting war scenes to incredible architecture, Bahubali is no less than a masterpiece to which audiences wholeheartedly gave a big round of applause after indulging in its ingenious details.

Here are some of the most interesting things about Bahubali movie that you would love to know.

Both parts of Bahubali was jointly produced on a 430cr budget.

Bahubali 2- The Conclusion was the first movie in India which was released in 4K High Definition format.

Rana Daggubati and Prabhas have gone through extreme exercise and strict diet regime to bulk up their bodies which is hugely appreciated by fans. Prabhas almost put on 30kg to play second part.

Sony TV has purchased the satellite rights of the Hindi version of Bahubali 2 for staggering 51 crores, which makes it the highest amount paid for a dubbed movie till date. Overall, the movie has collected about Rs 500 crore via satellite and theatrical rights before it was released.

Special camera was made with exceptional goal to shoot some parts of this movie. Worked by AMD, such camera is called BB360 and was displayed at the Jio MAMI 2016 Movie Mela.

Sharad Kelkar has dubbed in Hindi for actor Prabhas’s character in Bahubali.

Bahubali 2 has set yet another record of bagging the highest ever advance booking on BookMyShow, thereby overcoming the record of Dangal.

Prabhas has not worked for any other movie for 5 years as he has completely put in for one film- Bahubali.

In Baahubali: The Conclusion, Mahendra hears the story of why his father was killed before he gears up to avenge and free his mother Devasena (Anushka Shetty) from imprisonment in Mahishmati. Together with this, Bahubali also takes you on an emotional journey with Devasena and Amarendra which is no doubt, very much heart-tugging.

Part 2 carries the Bahubali – The Beginning so ingeniously on many counts. Bahubali has been portrayed as such a symbol of power and strength that he makes you fall for him ever since the beginning. The protagonist Prabhas has played an extraordinary father and son. Add to more, this part gives an answer to the most-awaited question, why Katappa, the old devoted, killed Baahubali.

This movie is in itself a proud moment for Indian cinema and we also should say, ‘bravo’ to the director S.S. Rajamouli for his vision and ambition. In short, this movie is an enormous cocktail of awe-inspiring scenes, swanky settings, creative details and a whole lot of things that deserves huge appreciation.

Giving accolades to SS Rajamouli’s Bahubali 2, Union Minister M Venkaiah Naidu said, “this movie is shining example of “Make in India”.  And the superstar Rajinikanth added, “ Bahubali 2 is an Indian cinema’s pride” and felicitated SS Rajamouli as “God’s own child.”

By and large, Bahubali is an ultimate visual extravaganza that you would just love to revel in, over and again.

Why wait? Just book your tickets at your nearest Rajhans Cinemas and enjoy the best of Bahubali!