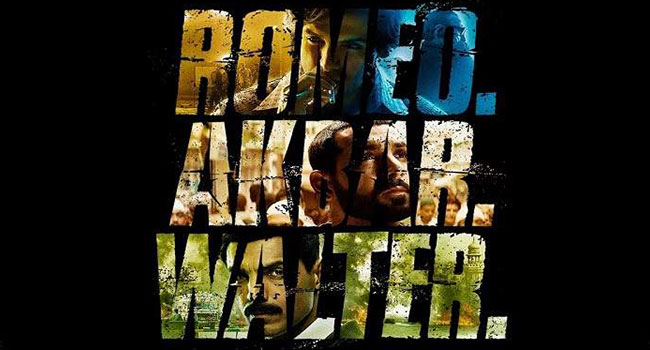 Romeo Walter Akbar’s trailer has already created a buzz with its striking characters played by John. However, when it comes to patriotic subjects, our Khiladi, Akshay Kumar is the one who tops the class. With movies like Gold, Airflift and Rustom, Akshay Kumar has carved out a niche for himself in Patriotic genre in Bollywood. But here comes another sturdy star who is giving Akshay a tough challenge; It’s not Simmba, it’s a rugged John Abraham. His last two movies ‘Satyamev Jayate’ and ‘Parmanu’ were based on the theme of Patriotism which became big hits.

In ‘Romeo Akbar Walter’ aka RAW, John Abraham will be playing the role of a secret service agent. This movie tells the story of a courageous spy who joins the Pakistan army in a desperate mission to serve for India. Interestingly, this movie is said to be inspired from Ravindra Kaushik, an Indian spy who is famed for having nerves of steel and grit who audaciously went on an undercover mission for the sake of nation.

This real life spy was born on April 11, 1952, in Sri Ganganagar, Rajasthan. When Kaushik was spotted by the RAW, he was only 21. He was given an intense training for two years where he learned the deadly trade-craft of spies. During his vigorous training, both mentally and physically, Kaushik also learned Urdu and became acquainted with Muslim religion and its doctrines. Kaushik also went under circumcision so that nobody could doubt about his identity.

At 23, Kaushik was ready to take up responsibility as a spy and with a new identity as Nabi Ahmed Shakir- he was sent to Pakistan on what would much later turn out to be a commendable espionage mission of our nation. There in Pakistan, he got admission in Karachi University where he started studying law. Mixing himself with the local community and living there as a Pakistani, Kaushik then joined the Pakistani Army and became a Major. Later, kaushik converted to Islam and married Amanat, a local girl with whom he also had a son.

While dedicatedly working on his mission, Kaushik kept sending important information to RAW. For his incredible dedication towards serving his motherland, the then Home Minister of India, S.B Chavan, gave him the title of ‘Black Tiger’.

Unfortunately, it only took one mistake for an entire espionage mission to fall apart when Indian intelligence agency sent a low-level operative Inyat Mashi to get in touch with Kaushik. Inyat Mashi was caught by Pakistani intelligence and it did not take much to break him for the truth. While revealing all information about the mission, he also disclosed the true identity of Ravindra Kaushik. And finally, Kaushik got arrested by Pakistan and what followed was two years of mental and extreme physical torture. He was subject to spend as many as 16 years of his life in various jails of Pakistan. In 2001, he died of pulmonary tuberculosis and heart disease in Central Jail Mianwali in Punjab, Pakistan.

As is the fate of any spy, what’s even worse was his unfortunate end and the fact that the government refused to own him. So, this is the life of a spy who dedicates his entire life and family for his country. In true sense, they’re the unsung heroes!
Book your tickets at your nearest Rajhans Cinemas and witness the heroic story of this unsung hero!