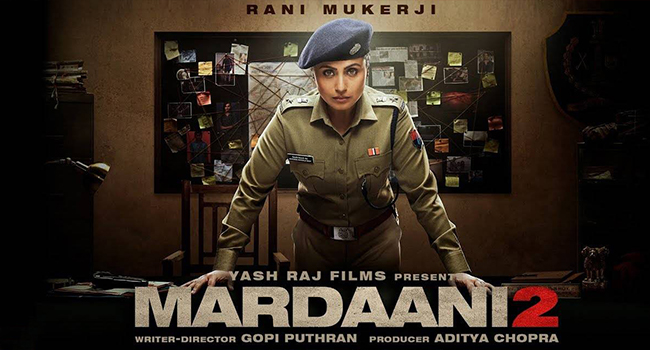 Rani Mukerji’s Mardaani 2 is set to make its way to the cinemas soon. It’s about a heinous serial rapist, who, ostensibly, is a minor. It’s a burning subject at this point of time, but even more so right now after many brutal rapes in a matter of months.
The sequel will see Shivani, now Superintendent of Police, taking on a cold, merciless villain who has no empathy and is an evil. The film aims to draw attention to rape crimes committed by juveniles.
The movie Mardaani 2, has received U/A certification from the CBFC. Moreover, This sequel to the 2014’s Mardaani, marks the directorial debut of Gopi Puthran, who scripted the first movie in the franchise.
With a subject so explosive, this movie was always going to raise and ruffle a few feathers. Further, releasing at such a sensitive time in the nation, this movie surely adds up to the responsibility on its makers’ shoulders. As per the reports the makers added that Mardaani 2 has an important social message and the entire plan has been built to spread this message as wide, to as many people as possible.

Rani, in her lead role is going to be stern and unyielding who will solve the rape mystery with intriguing details.
Directed by Gopi Puthran and produced by Aditya Chopra under Yash Raj Films, Mardaani 2 is set to be theatrically released in India on 13 December 2019.
Book your tickets at your nearest Rajhans Cinemas and witness a horrible rape incident committed by a juvenile that rocked the country.