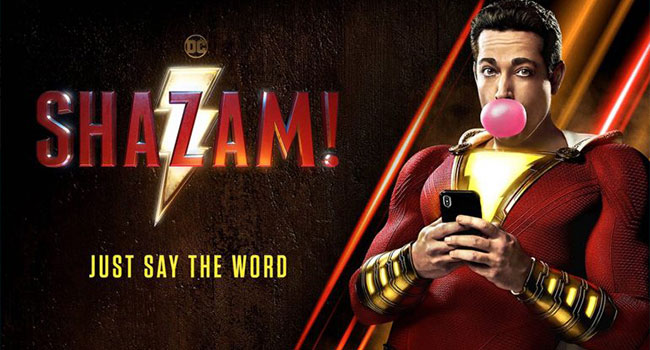 Once upon a time, Shazam (known as Captain Marvel) was the most well-known superhero in the world. And this time, he is all packed with a live action film starring Zachary Levi as a superhero with mighty powers.

Interestingly, this movie will prove that the superhero business is not only reserved for the adults. A very young, orphan Billy Batson who grabbed the attention of an aging wizard only for him to grant him with amazing magical abilities. The wizard also gave him an onus to defending the Rock of Eternity. So how does it work? Well, whenever Billy says, “Shazam”, he immediately gets into a powerful being with amazing abilities to even fend off Superman.

No sooner did he equip with powers, Billy usually lives a dual life. Sometimes, he carries himself as a lonely foster kid and sometimes, he takes on against the dreadful villains such as Black Adam and Dr. Sivana. And all these tasks come in his day’s routine.

The name ‘Shazam’ is an acronym that derives from the 6 mythological figures who endows him with powers. He is bestowed with the wisdom of Solomon, the strength of Hercules, the endurance of Atlas, the might of Zeus, the audacity of Achilles and the speed of Mercury. So in this very effect, this showers Shazam a very extraordinary suite of powers that include invulnerability, super-strength and unbelievable flight. Moreover, he also has other fascistic traits such as power to generate lightning and excellent cognitive abilities. In short, he is a one-man army with unstoppable and unbelievable powers.

As you know Shazam always has a presence in DC’s publishing lineup ever since 1972. Initially, he came out as DC multiverse (Earth-S), but after 1985’s Crisis on Infinite Earths obliterated the multiverse, the Shazam family were forced into the main DCU along with the Justice Society of Earth-2 and former Charlton Comics characters like the Question, Captain Atom and Blue Beetle.

This superhero film looks somewhat antithesis to the darker movies that DC Studios have been releasing lately, However, this movies looks promisingly entertaining with an awesome performence by Zachary Levi. Book your tickets at your nearest Rajhans Cinemas and enjoy this DC’s funnier and mightier superhero!