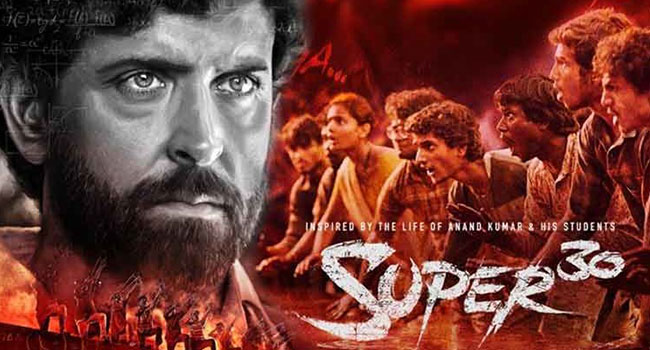 The‘Greek God of Bollywood, Hrithik Roshan and his co-actress Mrunal Thakur seem to be on cloud nine on having had an opportunity to play one of the most inspiring biographical dramas. Based on the life of a popular mathematician Anand Kumar and his ambitious educational project Super 30, this movie delves into how Anand Kumar toiled and moiled to make his dream come true and not to mention how he was touched by a poor student who approached him leading to encourage his Super 30 institution.

But, do we really know who is Anand Kumar and why a movie on him has been made? As you might know, Anand Kumar is popular for tutoring IIT aspirants for free who hail from underprivileged background. For last 15 years, he has been tutoring the underprivileged section students for IIT-JEE and has been honoured by various awards of high repute for his commendable work in the field of education. So far, over 350 students have cracked IIT-JEE under his tutorship .

So now, let’s check out some interesting facts about Anand Kumar, the mathematician from Bihar who inspired Hrithik’s character in the movie ‘Super 30’.

Set to release on 12 July 2019, book your tickets at your nearest Rajhans Cinemas and witness an unprecedented journey of a man who achieved against all odds and simultaneously shaped a future many less privileged students.