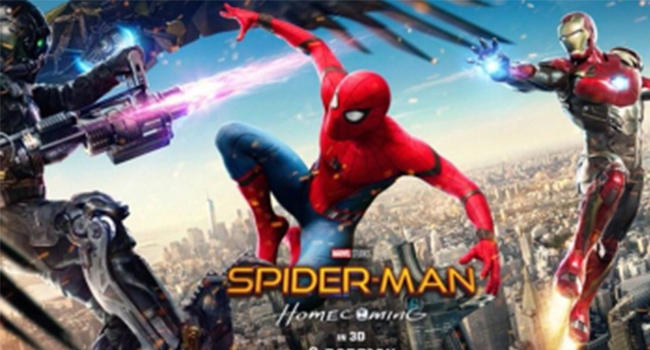 The Spider-Man fans have had a rough time during a couple of last installments. But now, this superhero is going to win over your hearts with his impeccable sense and innocent charm. It’s like bringing back our coveted Peter Parker. This is the reason this film has become one of the most highly-anticipated Blockbuster.

The latest Spider-Man: Homecoming flick will be the finest blend of superhero antics and high school dramedy. It is belived that this movie is Marvel’s tribute to John Hughes.

Interestingly, this movie takes us back to alma mater where in our much-loved spiderman is dashing 15 years old. He will brilliantly capture the attention of all spider-man fans with his innocent charisma and superpower benison.

Let’s look at some of the interesting facts aboutt Spiderman Homecoming:

Marvel and Sony will be sharing the rights to Spider-Man as both the companies have produced this together. Marvel will deal with the creative side with Tom Holland in line.

The writers Jonathan M. Goldstein, John Francis Daley and director Jon Watts have revealed that this version of Spiderman will have coming of age story which emphasises a lot on teen Peter. He is just 15 now.

It is assumed that there will be our favourite superheros popping up in this latest spiderman movie. Spiderman can be seen with other Marvel’s marvels. Although this movie is reboot, we might get an opportunity to behold spiderman with other characters, like never before.

So who will play the aunt? She definitely is not an old lady but an Academy Award winning actress Sally Field. She will be the perfect portrayal of Peter’s aunt.

It’s going to be action-packed! It will be really exciting to see Spiderman swinging into a whole lot of actions without investing so much on his clothes. This spiderman will jump directly and bang on baddies.

You might remember how Birdman beautifully cast Michael Keaton as the washed up star of a superhero franchise. So do you still know Michael Keaton as DC’s notorious Caped Crusader in 1989’s Batman? Well, it’s him being in talks to play the villain.

Spiderman Homecoming is no doubt, going to be quite different. Now in the Marvel universe, this movie can add the Marvel jewel in its crown and similarly make a buzz across the world. Just because people still love Spiderman, and this time it’s going to go down to the roots.

Enjoy this most awatied movie with amazing effects only at Rajhans Cinemas. Come, experience what Spiderman has to offer to you with his incredble action and gripping storyline, this time!